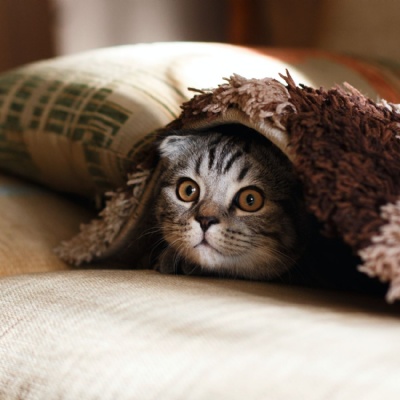 In the last of our series for National Pet Month, we introduce you to some wonderful pets cared for by children, parents and staff at OWPS. 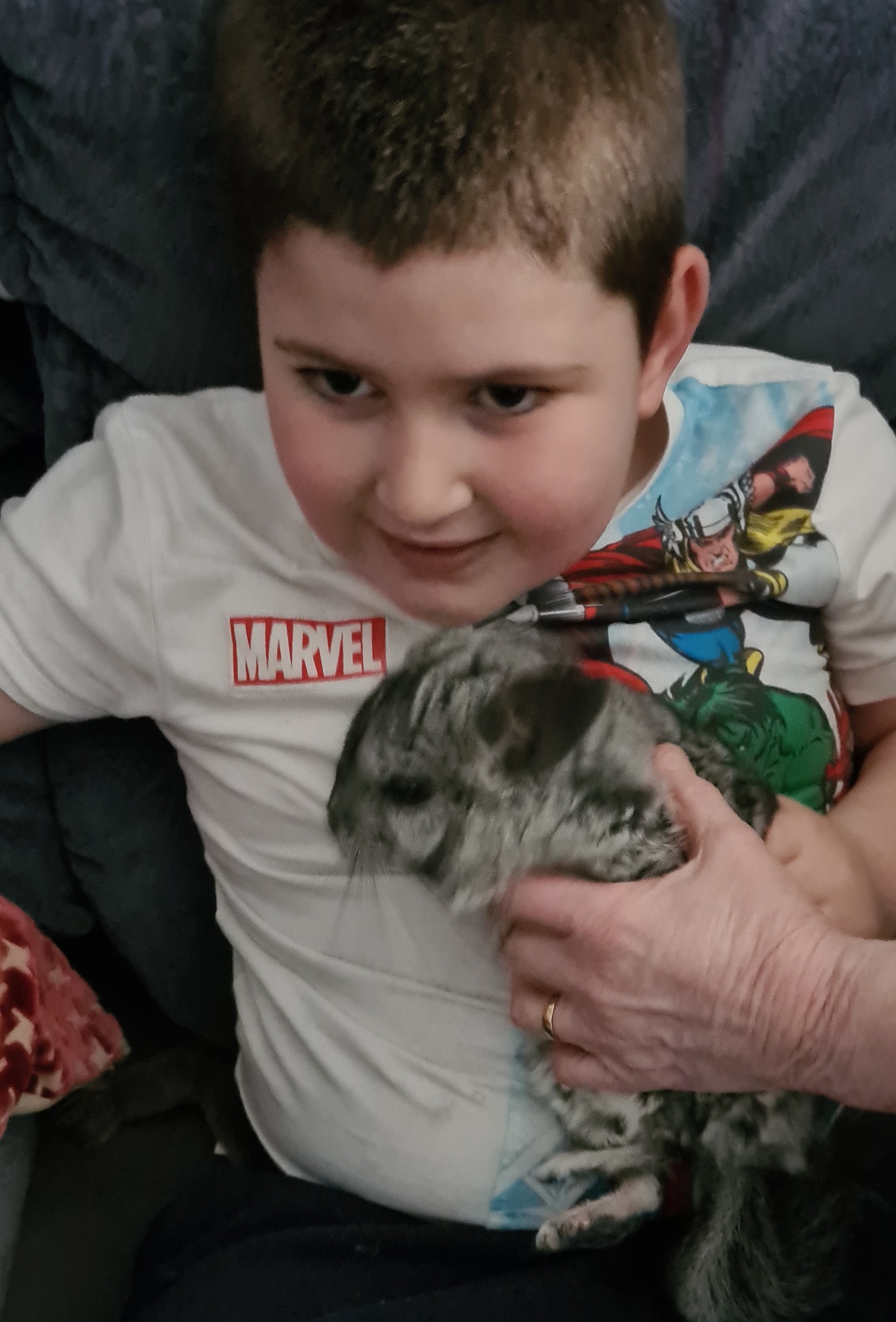 This is Alfie the Chinchilla.  He is 18 years old.  He cannot get wet as it would kill him so has a sand bath, special chinchilla sand.

A child in the Magpies 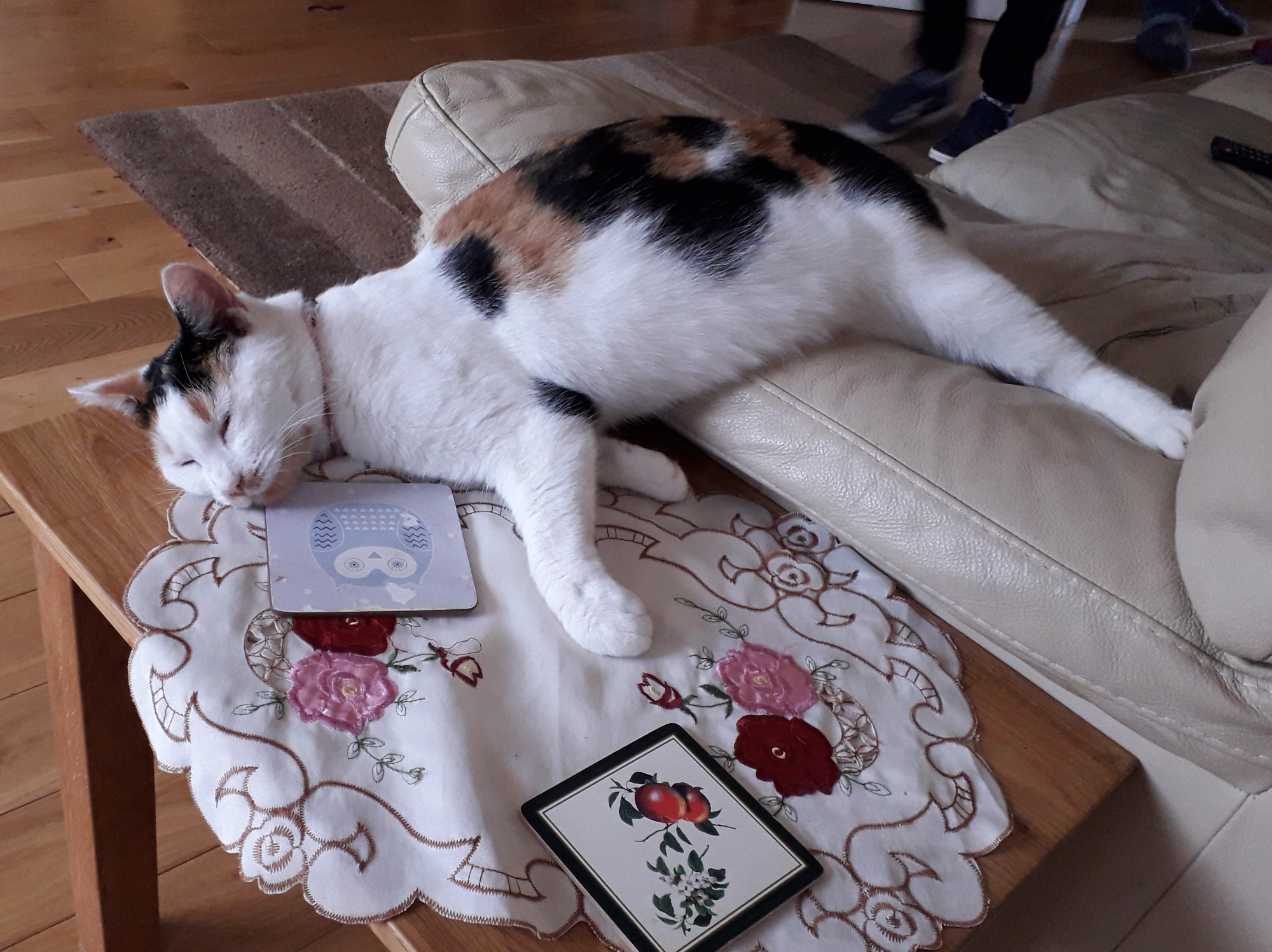 This is our cat Mia. She is 5 and she likes fuss she is very cute and she likes to go in my bed a lot of the time to chill. We adopted her from cats protection and she became part of our family.

Gareth and Jenny in the Toucans and Elephants 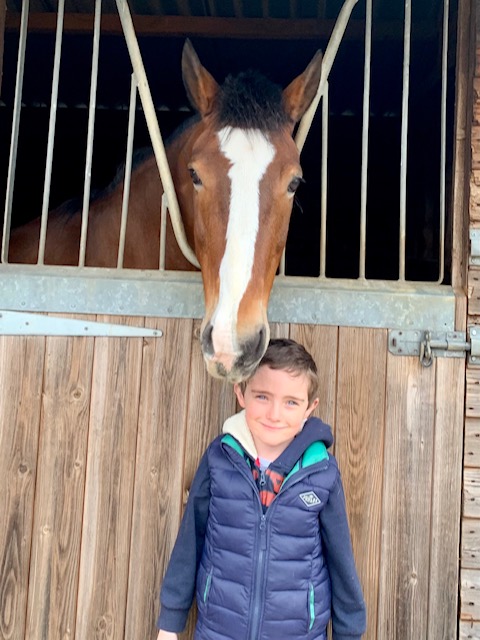 This is my horse Annie. My other zoo remains at home with 3 dogs, a cat and the fish!

George in the Squirrels 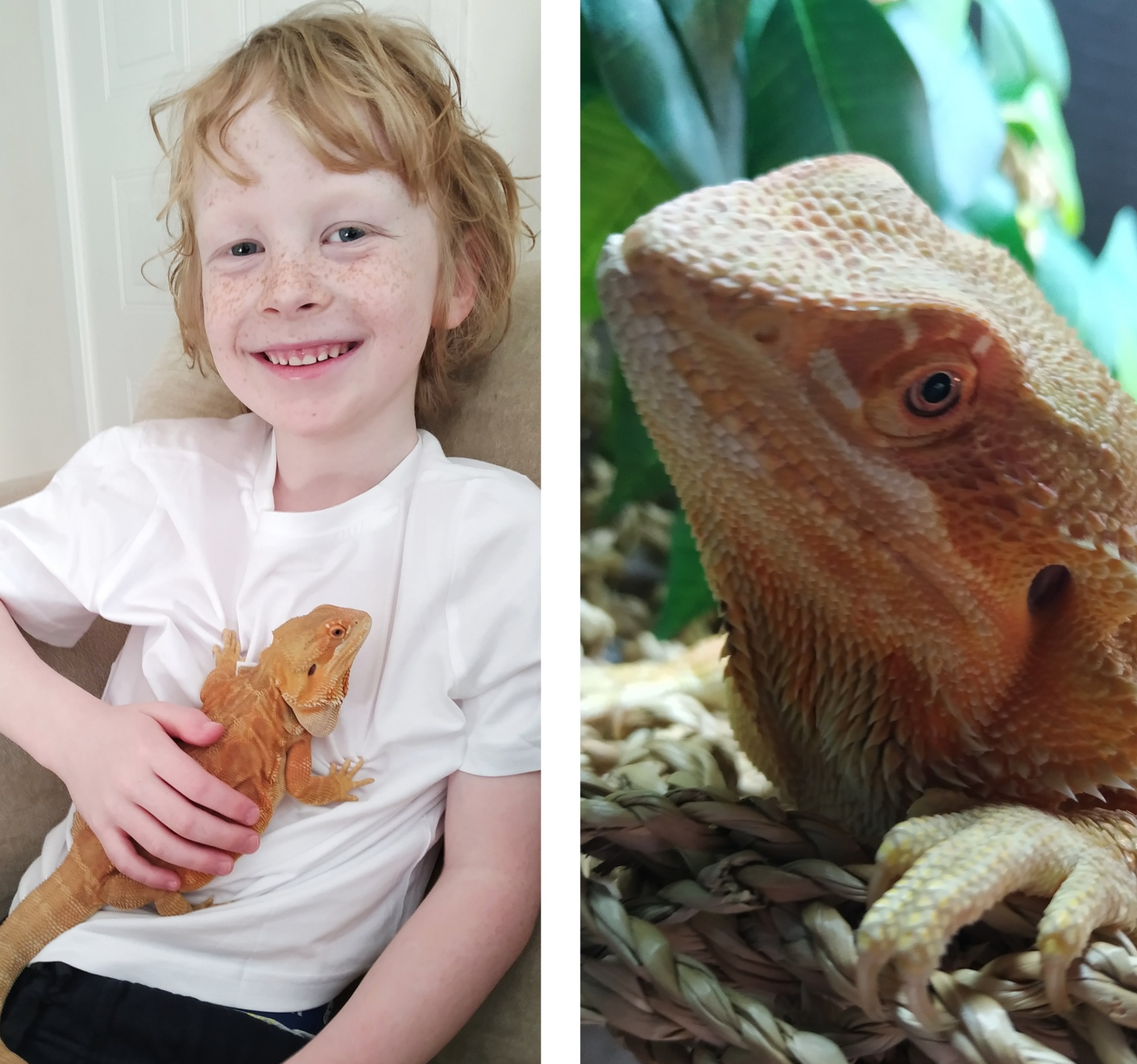 This is Rex. He's a bearded dragon and is 10 months old. Rex likes to eat dubia roaches, crickets and salad on a daily basis. Every so often Rex enjoys a swim in the bath, but most of all he likes to sit and spend time with us.

A child in the Squirrels 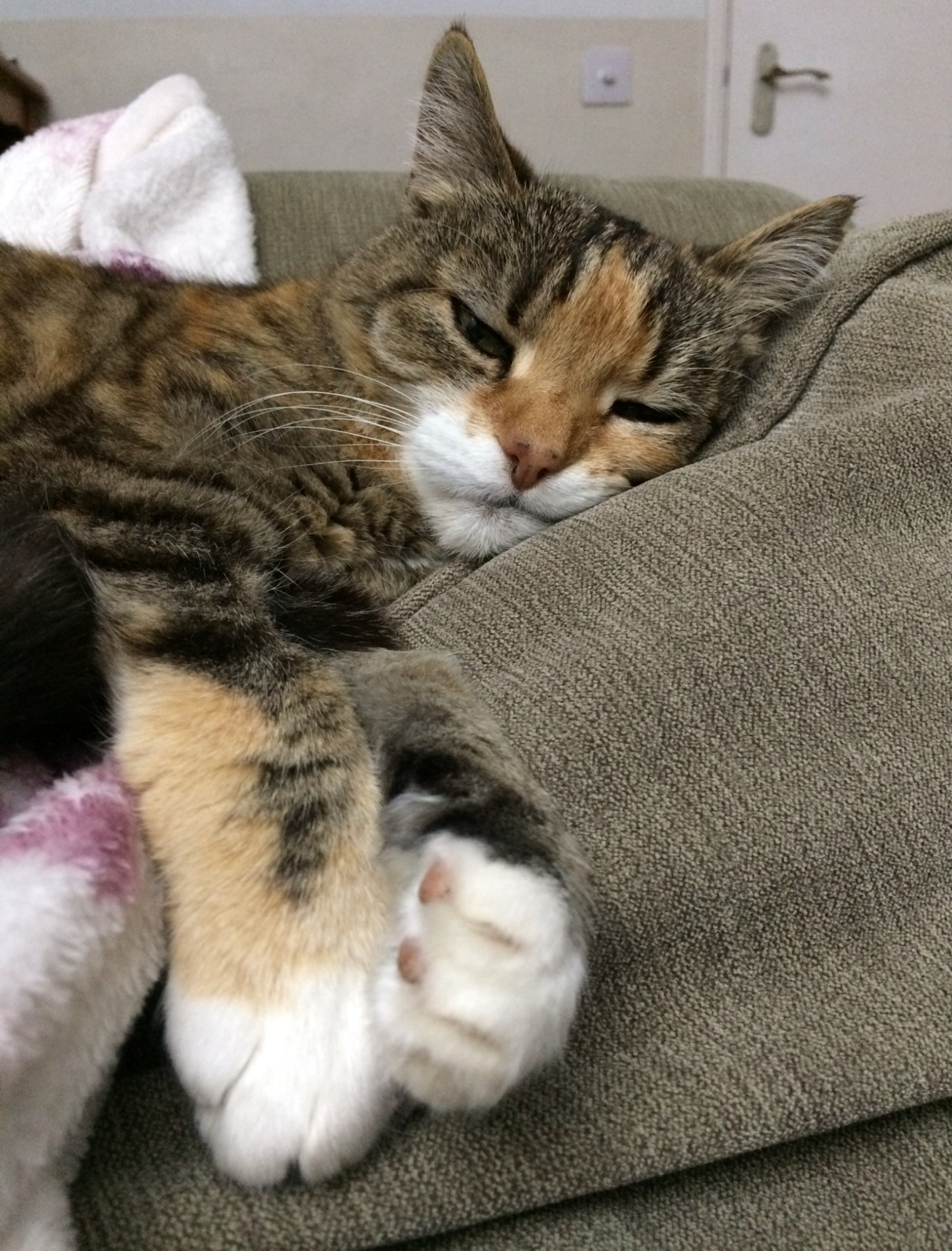 Sammy came to us as a rescue cat, she was found under a shed. She is a great cat with a good personality, she eats with us and loves to relax on the sofa. When she sees other cats through the window, she hisses at them baring her 10 teeth and her tail becomes big, it looks as bushy as a fox's tail. We have also made her a hidey-hole where she sleeps at night, she always looks very snug and cuddly.

Isaac in the Wombats 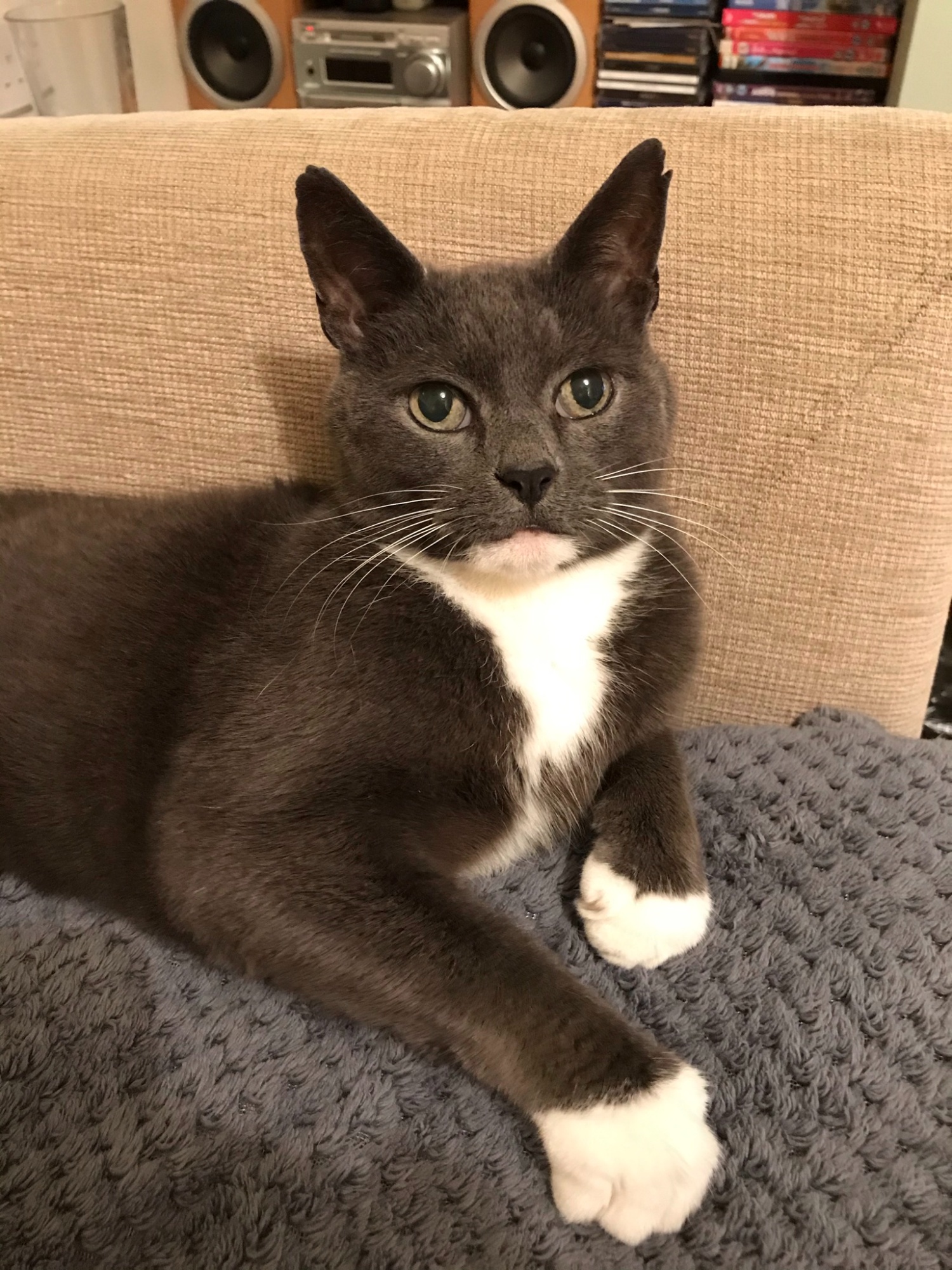 Mr Boots, 17 years old loves lots of fuss and cuddles, spends his days sleeping and relaxing in his old age.

Daisy in the Macaws 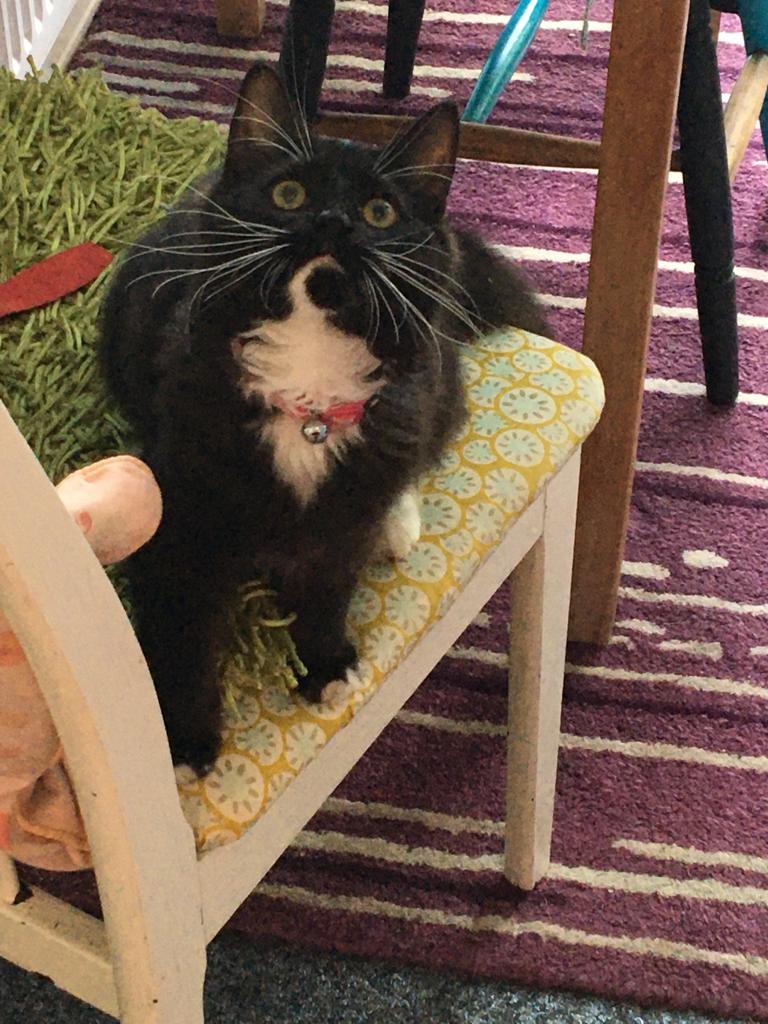 This is Maisie, she’s just about a year old. Maisie is very mischievous and a bit crazy. She loves climbing trees and when she was younger, was always climbing them and then getting stuck! She often follows us when we go out for a walk, or on the way to school, or when visiting a friend. Sometimes you would think she was a dog!

Callum in the Sharks 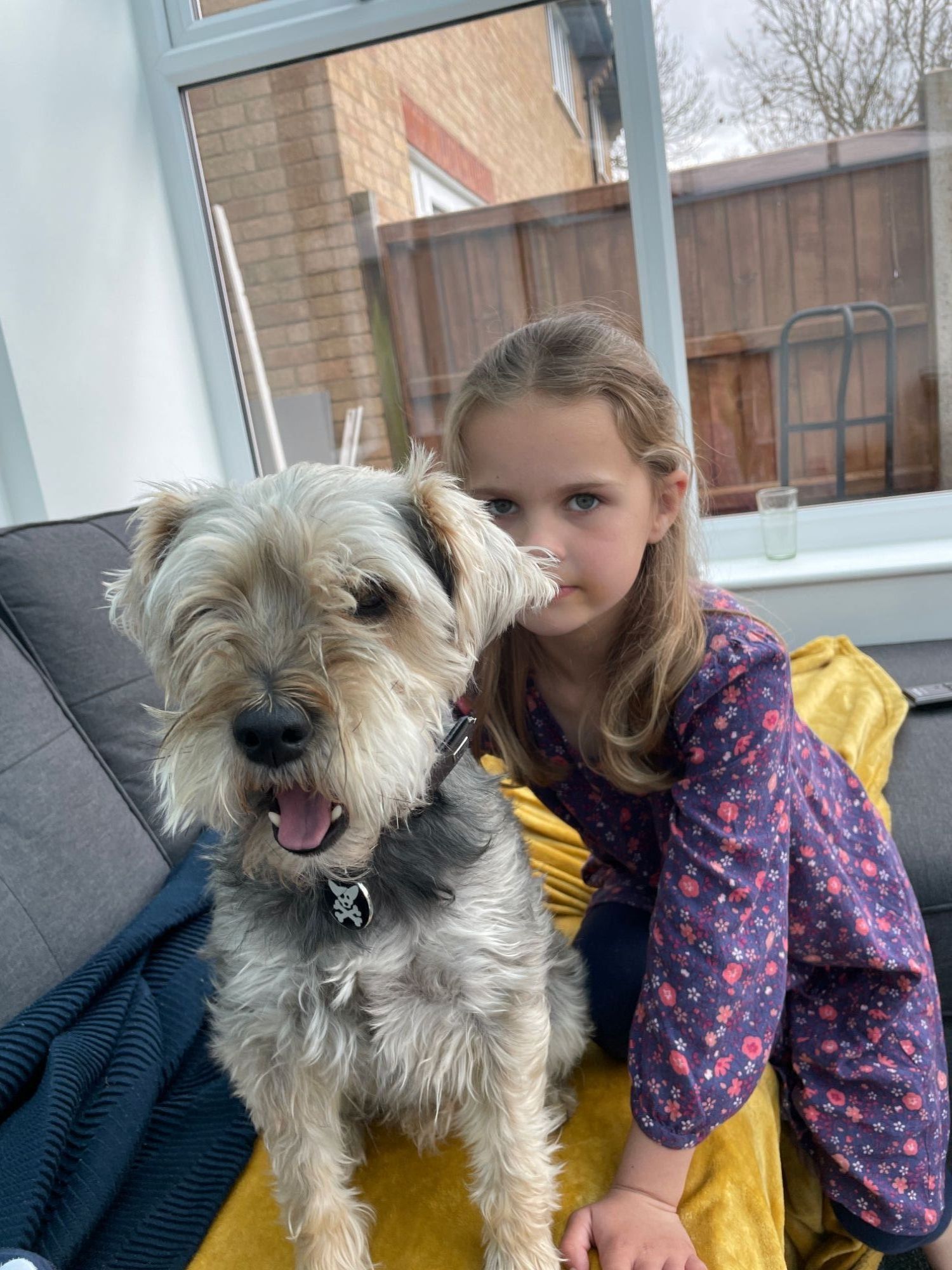 Otis is a 4 year old Snorkie (Miniature Schnauzer, Yorkshire Terrier cross). He is very cheeky and loves to go for long walks and have treats. He hates going in the car but wouldn’t want to be left behind either. His favourite thing is to sleep on the bed when we go away in the caravan.

A child in the Squirrels 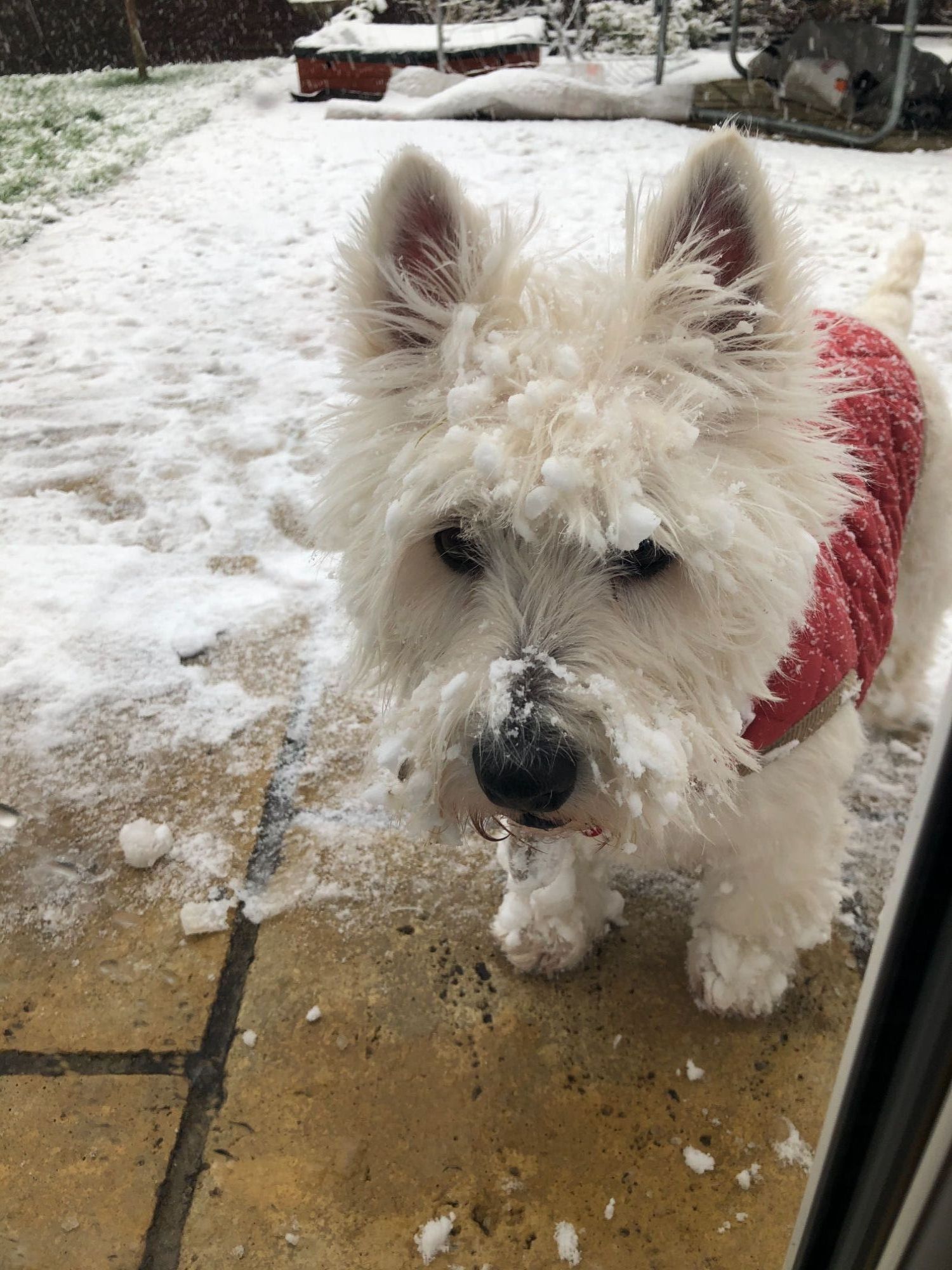 This is my dog Cassie, she is a Westie. In this picture, she had been playing in the snow. As you can see from the picture she loves rolling in the snow and the snow gets stuck to her face.

Alfie in the Giraffes 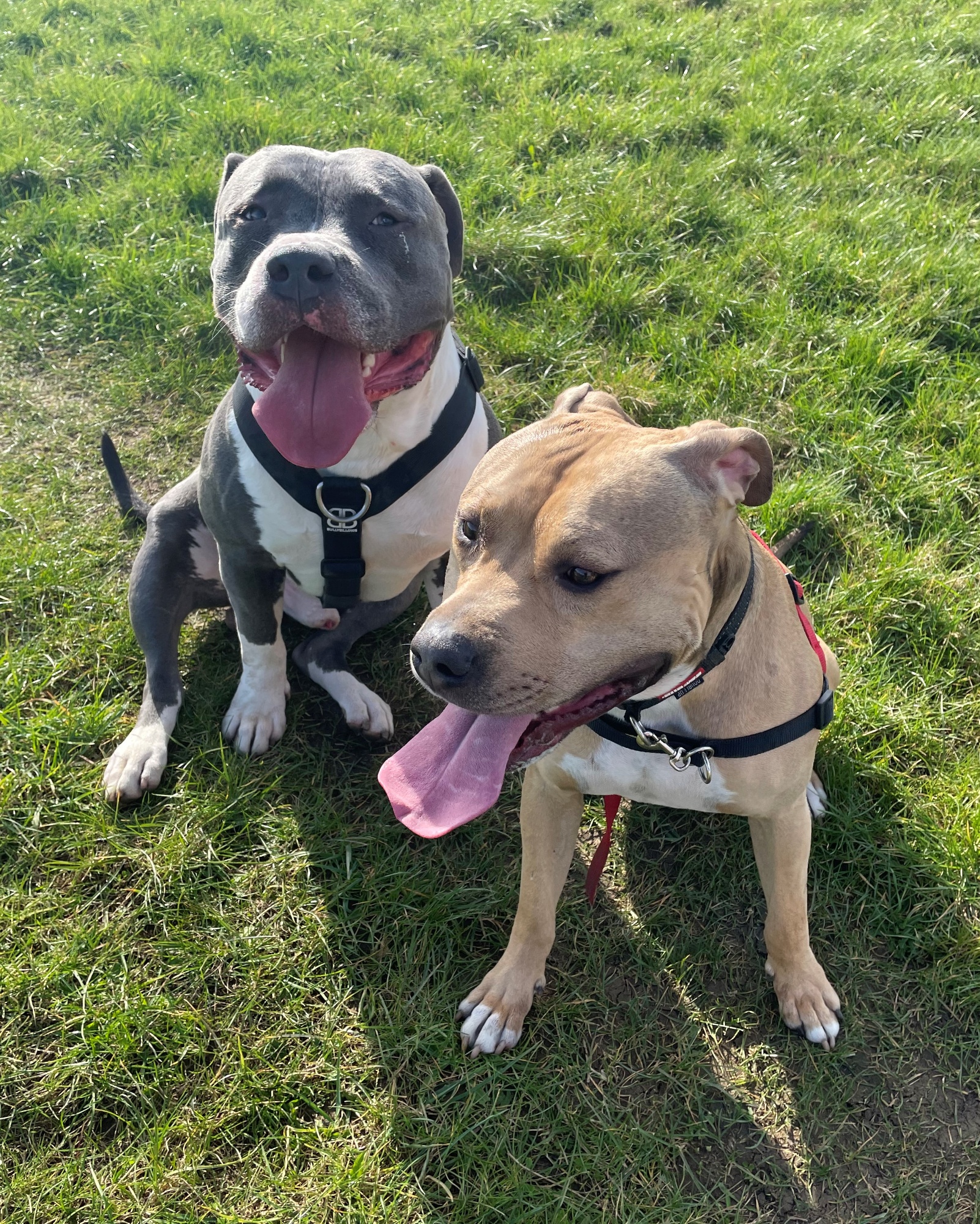 This is Shadow, on the left, and Chester on the right. They are nearly three years old. They are very big and strong dogs that like to pull us all over the place on walks! Shadow is very friendly and almost never barks. Chester is very excitable and loves to bark all day long!

Jamie in the Jaguars 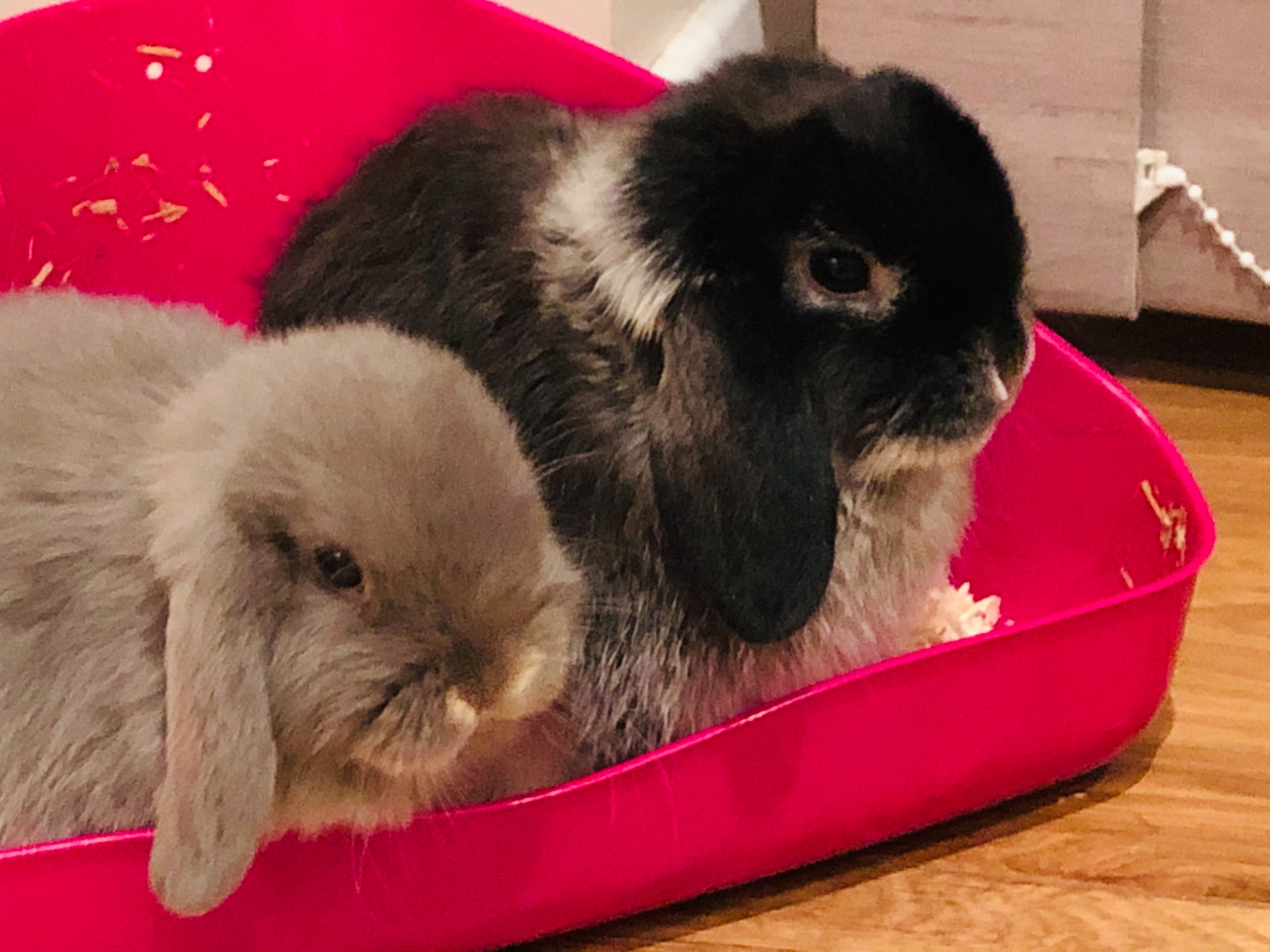 This is Misty (grey one) and Rex our beautiful dwarf lops.  They are such friendly bunnies and love cuddles. They also love hopping around our garden. Misty, the little girl is definitely the greediest of the 2 and always tries to pinch all the food!

Ava and Ollie in the Nightingales and Sharks 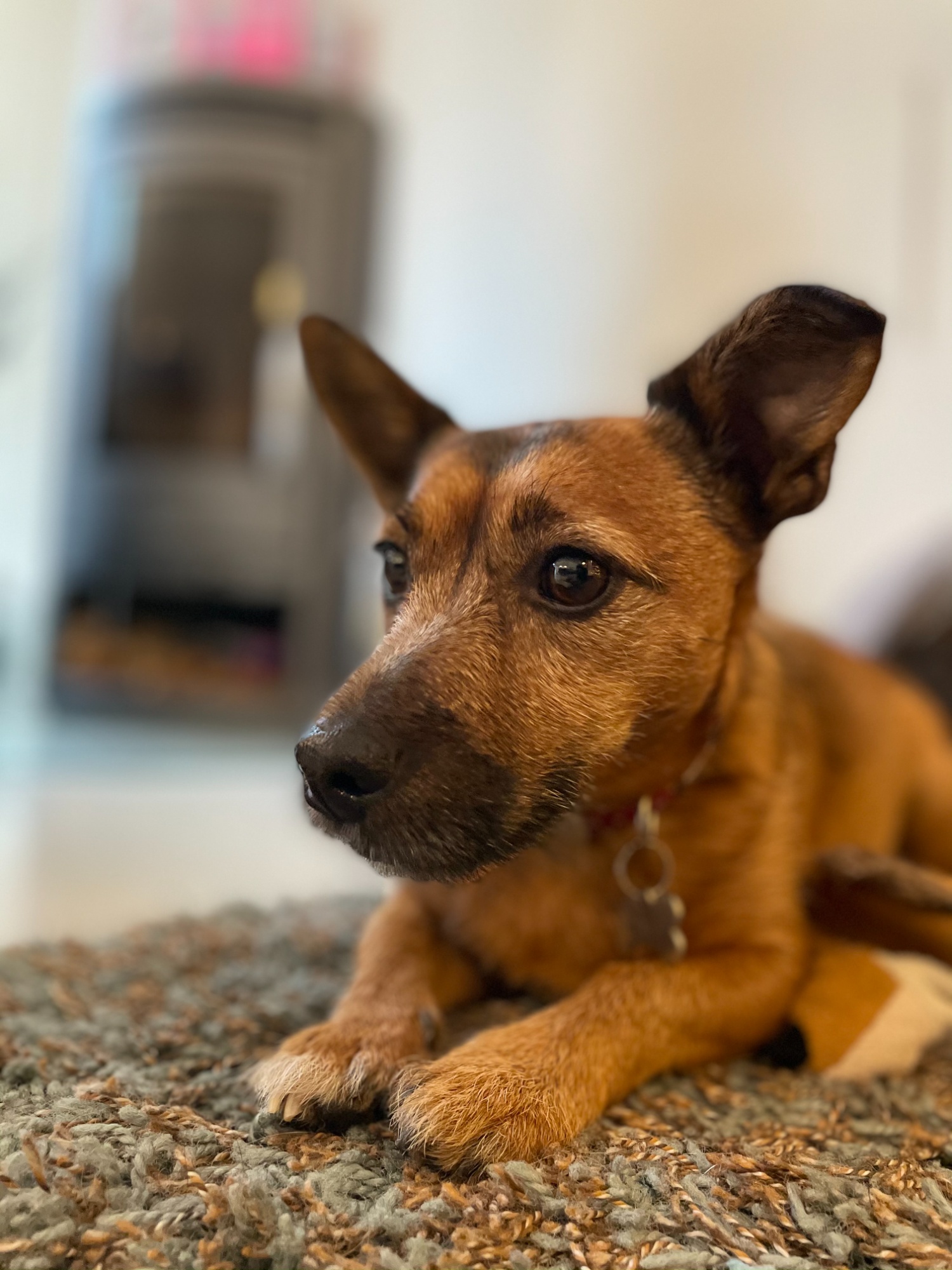 Meet Jingle!  He is a three-year terrier cross rescue dog who came to live with us when he was 9 months old.  He is named Jingle as he was rescued at Christmas time!

This is Shelby and she is a German shepherd dog(GSD). She is quite a big dog weighing in at approximately 36k. She is almost 12 now and getting a bit slower than she used to be but there is nothing wrong with her hearing, she can still hear a treat packet being opened at 20 paces. She sheds her hair(fur) a lot, but I put whatever I brush from her into bird feeders and the birds use it for nesting material. 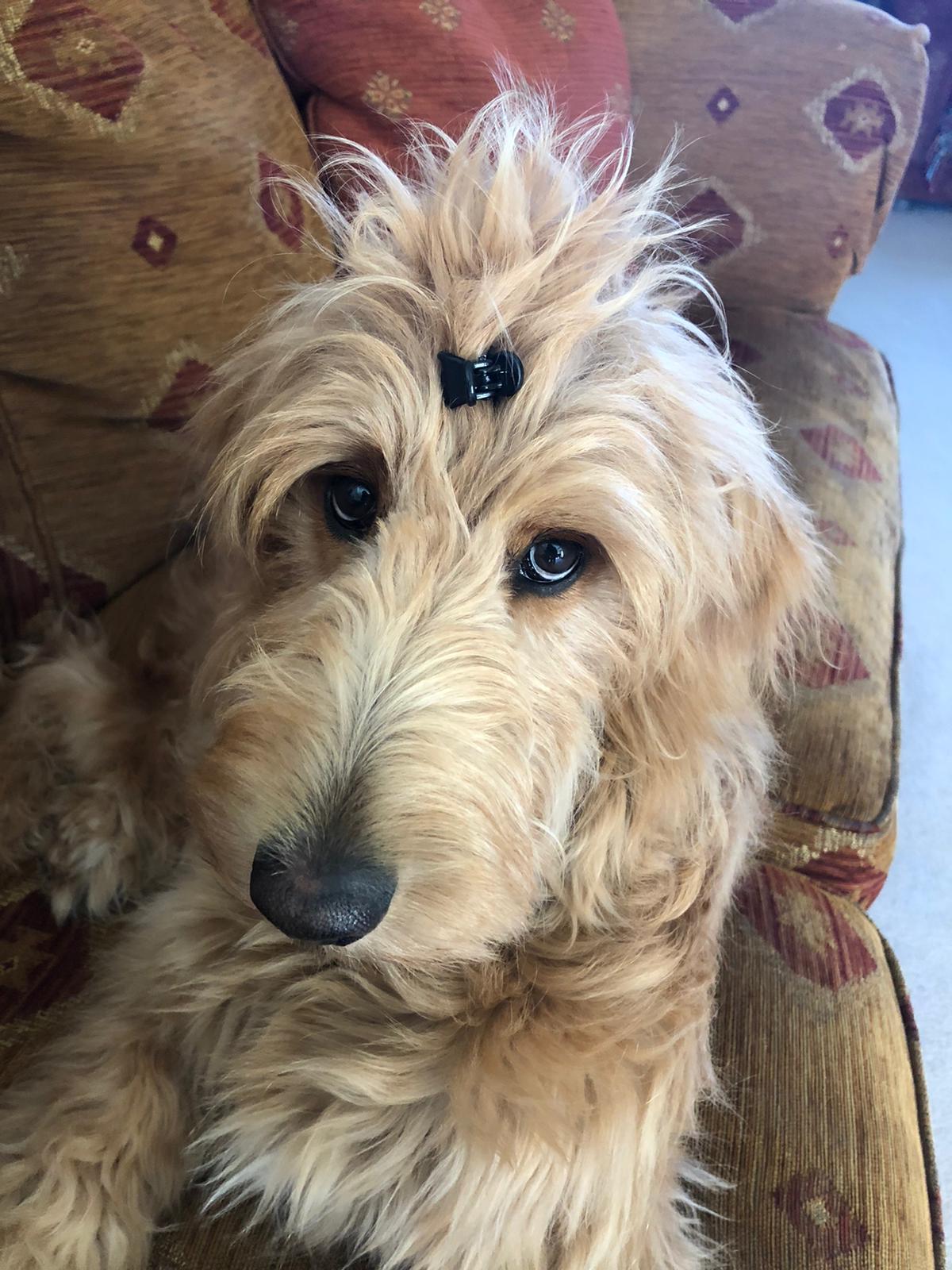 This is Buffy, she is an 8-month-old Goldendoodle. She has a beautiful kind cuddly nature.
She loves to cuddle you like a human by standing on her back legs. She sleeps above my head on my pillow! She is full of energy, plays football and loves to eat shoes!!!! 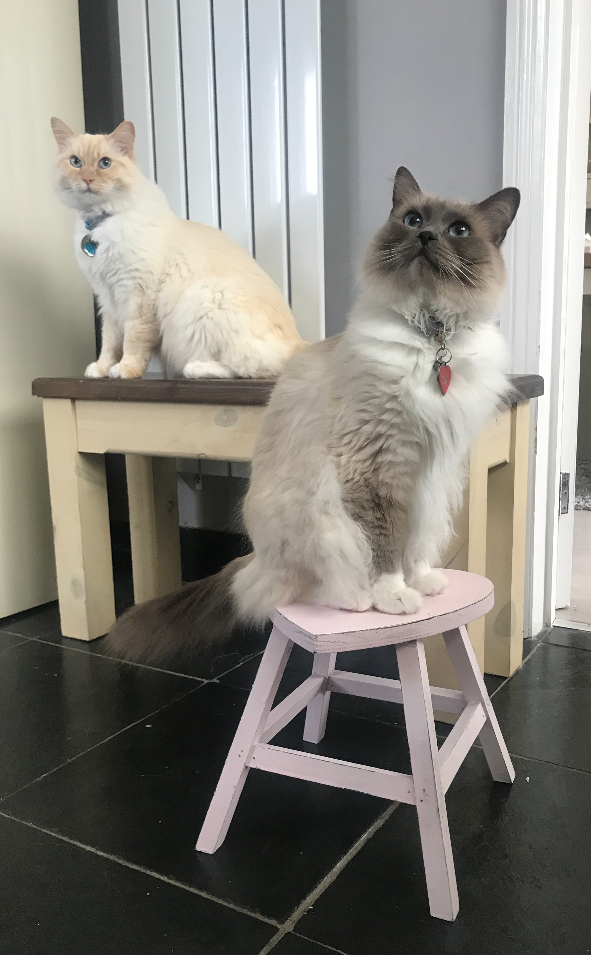 Evie is the white/grey one, George is our baby boy. They are both Ragdolls. They get their name as when you pick them up, then flop like a Ragdoll! They have the same dad, different mums!!

Thank you so much to everyone for sending in your photos! It has been wonderful to see all of your pets.

You can see the photos from the previous weeks by clicking on the links below. 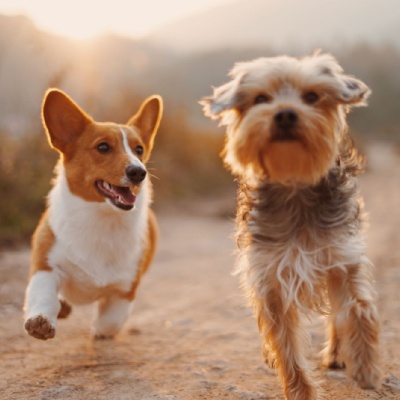 Learn more about the fabulous pets owned by children, parents and staff at OWPS! 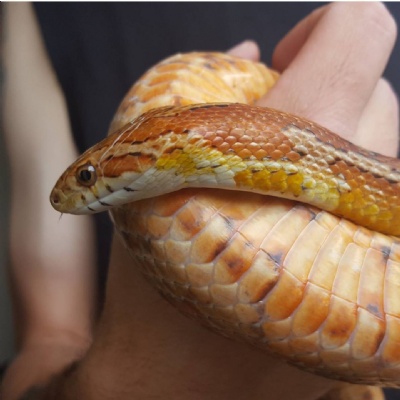 Learn all about the pets belonging to children, parents and staff at OWPS.

Photo by MIKHAIL VASILYEV on Unsplash