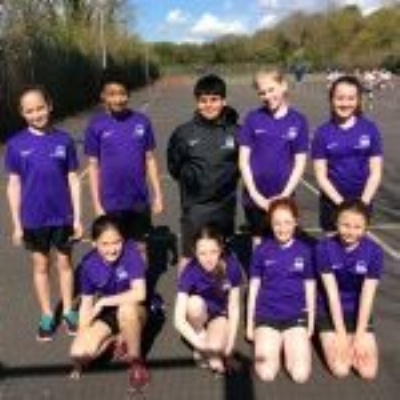 On Friday 31st March nine children from Year 6 went to OBA to compete in a Netball tournament.

On Friday afternoon a team of year 6 boys and girls took part in a Netball tournament at Ormiston Bushfield Academy. They worked brilliantly well as a team all afternoon and showed a fantastic positive attitude all afternoon.  They had only played a limited amount of netball in the run up to the tournament but still showed a brilliant willingness to learn and improve and really enjoyed the chance to try playing a new sport. The chance to be the first children to model the new school kit was also a highlight of the afternoon!