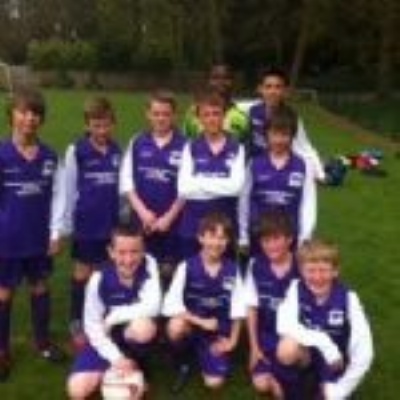 On Thursday 25th April the Year Six football team played an away match against St Botolphs Primary School. The boys were in good form and looked the part wearing our new purple football kits for the first time! During the first half they had to work hard to kep hold of the ball and after 20 minutes it was still 0-0. During the second half the team came out strong and with a screamer of a goal from Cameron Long their spirits were lifted as they took the lead. Soon after Zack Jiggins scored Wistow's second and they looked set to walk away winners. St Botolphs' team kept their heads up and tried hard to fight back but an unfortunate own goal gave Wistow a comfortable 3-0 lead and a few minutes lated the ref blew for full time. It was a well deserved win and all the boys should feel proud of how well they played. Man of the Match was given to the captain Garan for a superb display in goal! St Botolphs' are coming to us next Thursday and will be playing the Year Five team, we wish them luck!