The Young Technicians Academy are offering a 2-day Performing Arts HAF Camp, as well as a 2-day radio broadcasting HAF Camp. HAF Camps are for children aged 8 to 16 and are available for students who have free school meals.

The camps are free and will also include a hot meal on both days. The Young Technicians Academy Performing Arts HAF Camp will take place from Monday 20th December to Tuesday 21st December and will run from 9 to 5 on both days.

Their radio broadcasting HAF Camp will also take place from Monday 20th December to Tuesday 21st December and will run from 9-1 on both days. Both of the camps will be held at The Young Technicians Academy in Yaxley.

For more details and to get in touch, please see the poster below: 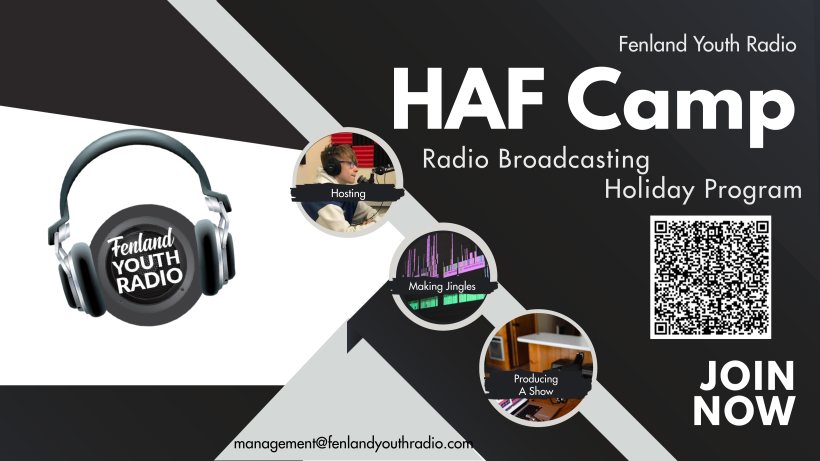